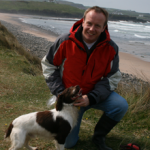 Gareth Torney was raised in Comber and Graduated from the Dick vet school in 1996. He spent the first 9 years of his veterinary career in England before coming home to join Jubilee Veterinary Centre in 2005 having practiced here as a student. Gareth works mainly in the small animal department and enjoys surgical challenges but can also be seen about on call. He became a director in Jubilee Veterinary Centre in 2008. Gareth achieved his GP certificate in small animal surgery in 2015. He is married with a young son and daughter and a mad springer spaniel called Sam that he just cannot tire out! 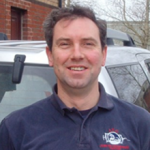 Andy Mayne was brought up on a farm in Fermanagh and graduated from London Vet School in 1989. He worked in a mixed practice in Somerset for 2 years before going to Australia to do some locum work and travelling. On returning to Northern Ireland he joined Jubilee in 1992 where he specialises in farm work.

Andy is married to Trish and they have 2 daughters and a son. Outside of work Andy enjoys all sports and plays tennis, football and yoga. 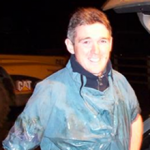 Gareth was brought up on a dairy farm in Co. Antrim before qualifying from Edinburgh in 1995. Since then he has worked in mixed practice in Cookstown, university practice and further studies in Scotland for 3 years, before returning to N. Ireland in 2003 at Jubilee Veterinary Centre. While his greatest veterinary hero is James Heriot (!) who had a wide interest in all species, Gareth now spends most of his time in the farm/equine department at Jubilee Veterinary Centre. which services some of Northern Ireland’s top livestock farms and a wide mix of pleasure horses. His particular interests include bovine reproduction and unusual cases which have elusive answers! Gareth is married and has 3 boys and 1 girl and runs a domestic taxi service/zoo which is at the same time the great joy and challenge of his life!